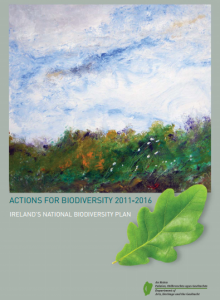 Climate change has indirectly influenced the presence of non-native, invasive species in Irish coastal waters. Of the 377 currently known invasive species in Ireland, 12% are marine based (O’Flynn et al., 2014), many of which place further pressures on the environment and the communities that rely upon it. Rising sea temperatures allow organisms to survive in areas where it would previously have been impossible. For the most part, many invasive species are relatively harmless, the danger appears when they begin to displace native species. This displacement can be caused by competition for resources, hybridisation, predation, and the alteration of food webs and community structures. Economically they can be damaging through diminishing of fisheries, biofouling of hulls and aquaculture equipment, clogging of outflow pipes, and the spread of disease (Ruiz et al., 1997). Even a small number of invasive species can have dramatic effects, and once established can be almost impossible to remove (Mack et al., 2000; Thresher and Kuris, 2004). Currently, the best method is prevention rather than eradication. While the survival of many invasives is linked to climate change, increases in marine transport and aquaculture have created new pathways and vectors for these species to enter Irish waters. Ireland, as an island nation, is at particular risk to invasives. The ecosystem here is in a more delicate balance, with a reduced number of native species compared to mainland Europe (Drake and Mooney, 1989; Stokes et al., 2006).

In 2002 a National Biodiversity Action Plan was put into place by the Department of Arts, Heritage, and the Gaeltacht, with particular focus on invasive species. Four of the major invasive species identified as threatening to the coastal marine environment are:

Wireweed originated in Japan and was first observed in Strangford Lough, Co. Antrim in 1995. This fast growing marine plant is thought to have been introduced with the import of Japanese oysters before becoming widespread across Ireland (Thomas, 2002). Its main threats consist of biofouling and out competing other marine algae for light and nutrients.

Zebra mussels were first introduced via ballast water in the Shannon estuary in the 1990s, and have colonised many estuarine and river systems (www2). Originating in the Black and Caspian seas, these mussels are known to be competing with other sessile organisms for food and space, as well as the clogging of outflow pipes and biofouling of lines. Although they have yet to be reported in Co. Cork, careful monitoring is needed to prevent the spread.

Imported salmon, although the species itself is native, can cause major genetic disruptions through hybridisation if released into wild populations, as well as competing with native fish for space and food. Large scale escape incidents, due to bad weather and damage to fish cages can be especially detrimental. In February of 2014 between 60,000 and 80,000 imported salmon escaped from an aquaculture facility in Gerahies due to severe storm damage, creating a serious threat to the wild salmon of the Bantry area.

However, it is not just the individual species that are creating additional pressures on coastal environments. Microscopic organisms like Bonamia ostrea, can also cause serious diseases in native species. First introduced to Ireland in 1987 through imported Pacific oysters (Crassostrea gigas), this disease spread rapidly in Rossmore native oysters (McArdle et al., 1991). The disease itself attacks the tissues of the oysters and has caused up to 90% mortality in some cases (Culloty and Mulcahy, 2007). Originally thought only to effect mature individuals, more recent studies have shown that even oyster larvae are susceptible to infection (Lynch et al., 2010).

Only with time, funding, and rigorous controls can the threat posed by invasive species be reduced, and the coastal environment protected.