Globally, coastal areas occupy 20% of the earth’s surface, yet are home to over 50% of the human race (Cummins et al., 2003). The coastal marine environment is one of the most biologically diverse and resource rich environments on the planet, and so have been utilised by people throughout history. Today coastal areas support a whole range of industries including fishing and aquaculture, shipping, leisure, transport, and pharmaceutical production, to name but a few. With over 53% of Irish people living in coastal areas (Devoy, 2011), these resources represent a significant form of livelihood and income that have been consistently present for generations. South West Cork, in particular, is known to have a long standing reliance on the marine environment for the continued survival of the many communities along its coastline.

However, in recent decades, through economic and political compromise over coastal marine resources, the marine environment is being placed under new and increasing pressures. Global population increase, combined with mismanagement and over exploitation, is not only threatening the marine ecosystem, but also the people who rely upon it.

Human activity is both directly and indirectly imposing many of these pressures, which are affecting the coastal marine environment, on a long and short term basis, at local and global scales. Most of these issues stem from four major sources: the over-exploitation of fish stocks, the expansion of the aquaculture industry, anthropogenically sourced pollution, and the increasingly volatile changes in climate patterns. This has created a need for conservation efforts to be made by government bodies, the scientific community, and the general public which has led to the establishment of many environmentally focused policies and legislations, specifically relating to the marine environment, both in Ireland and around the world. In this report, the many factors of these major sources of pressure are described, along with the importance of conservation driven policy, and how they are operating today for the people of West Cork. 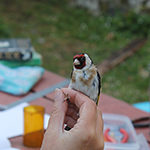 A rich level of biodiversity has a positive influence on the services the seas provide to humans. It is therefore important to understand how the differing levels of the ecosystem contribute as a whole. Learn more in our  Biodiversity and Conservation literature review. 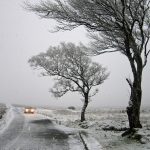 Marine coastal areas and ecosystems have been placed under a wide range of direct anthropogenic pressures, but there are indirect pressures stemming from human activity that are having a more serious effect on the global climate. Learn more in our Climate Change literature review. 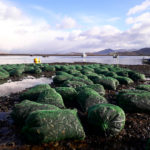 With mounting pressures on the coastal marine environment, several vital pieces of policy and legislation guidelines have been put into force over the last number of years. Find out more about these measures in our Policy and Legislation literature review. 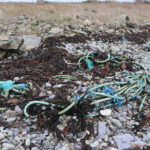 West Cork coastal communities are becoming increasingly concerned about the pollution of localised maritime environments. Pollution can occur through contaminants, litter, and activities such as dredging. Find out more about these contributing factors in our Pollution literature review. 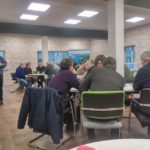 he  marine environment has been placed under new and increasing pressures, many of which relate, directly or indirectly, to human activity. We discussed these pressures with members of the community during our workshops and outreach events and present these results in our Community Perspectives section.