The Hag of Beara / Cailleach Bheara

The Caillech is closely associated with the formation of Ireland’s geographical landmarks such as Sliabh na Caillí in Co. Meath, and is believed to have dropped stones throughout the Irish landscape as she passed along her way. This stone however is believed to be the face of the Cailleach herself, which turned to stone waiting for the return of her husband. This site is closely associated with Irish folklore and is the subject of many folk traditions. The most common among them is the deposition of votive offerings and gifts in the form of coins or personal belongings on the stone itself.  This is a tradition observed at holy wells and other sites of spiritual significance (rag trees, stone circles etc.).

As the weather turned from beautiful clear blue skies, to overcast with strong winds and downpours, it was interesting to muse on the Cailleach’s role as a weather deity in Irish lore. Something that no doubt demanded great respect from coastal communities in the past.

A short distance from the Hag of Beara, lay the ruins of Kilcatherine church and Graveyard.  This medieval parish church had a number of interesting features, not least its commanding views over Ballycrovane Harbour. Protruding from the south wall just west of doorway is a carved head which Atkinson (1883-4, 307-8 ) referred to as the ‘iron cat’ (Power, 1992), and just a small distance to the south east quarter of the graveyard, stood aheavily eroded medieval latin cross. 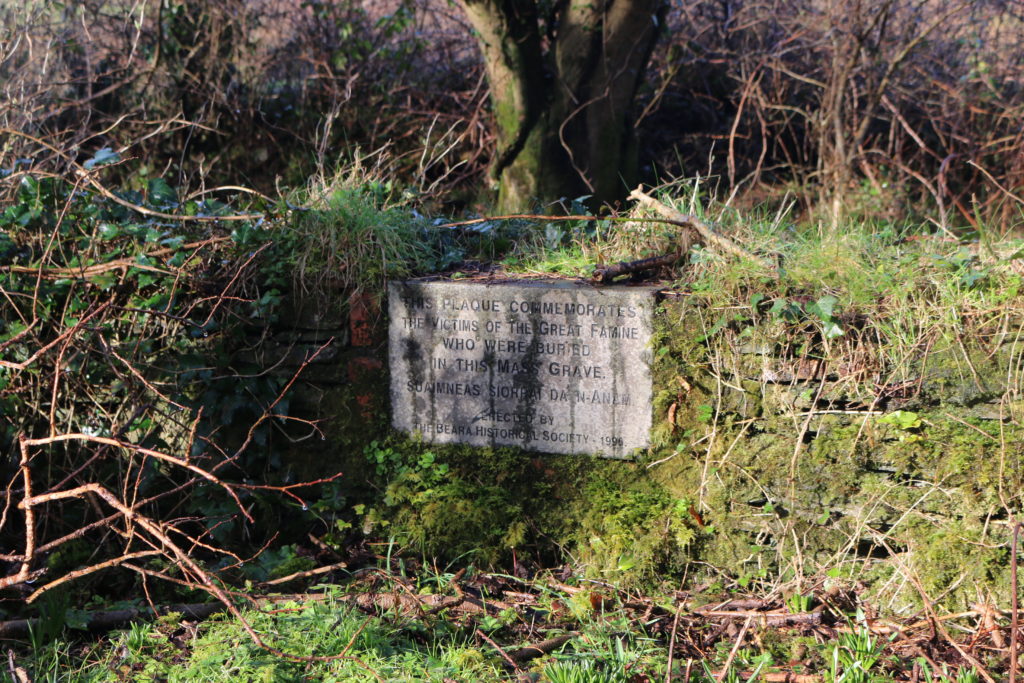 When we consider the historic context of West Cork, it is impossible to overlook the devastation of the famine and the impact it had on its people, and landscape. The imprint of this event can be seen through the built heritage of the time and the slowly eroding edifices of famine villages and homes.  Travel accounts are a rich source of first hand information and observations on settlements, poverty, and the ravages of the great famine of the 18th century. However, some of the most impacting evidence of the extent of the devastation is demarcated by the presence of mass graves. One such example was the mass famine grave at Glebe Graveyard or Cill Achadh an Eanaigh. This site bears the remains of an 18th century church that is now quite overgrown. An unbalanced topography bears some indication of the extent of use of the site which is dated to the 1700s. The famine plot is currently marked by a plaque on the NE of the enclosing graveyard wall, and by a significant rise in the level of the ground on the site. Old tales of the famine plot are well known by locals and tell of those countless sick and dying, who struggled to make that  final journey to their resting place.

Our trip along the Beara Peninsula also took us to site of industrial and trade activity. Two of the key industries along the west cork coastline, included both fisheries and aquaculture, and mining activities. 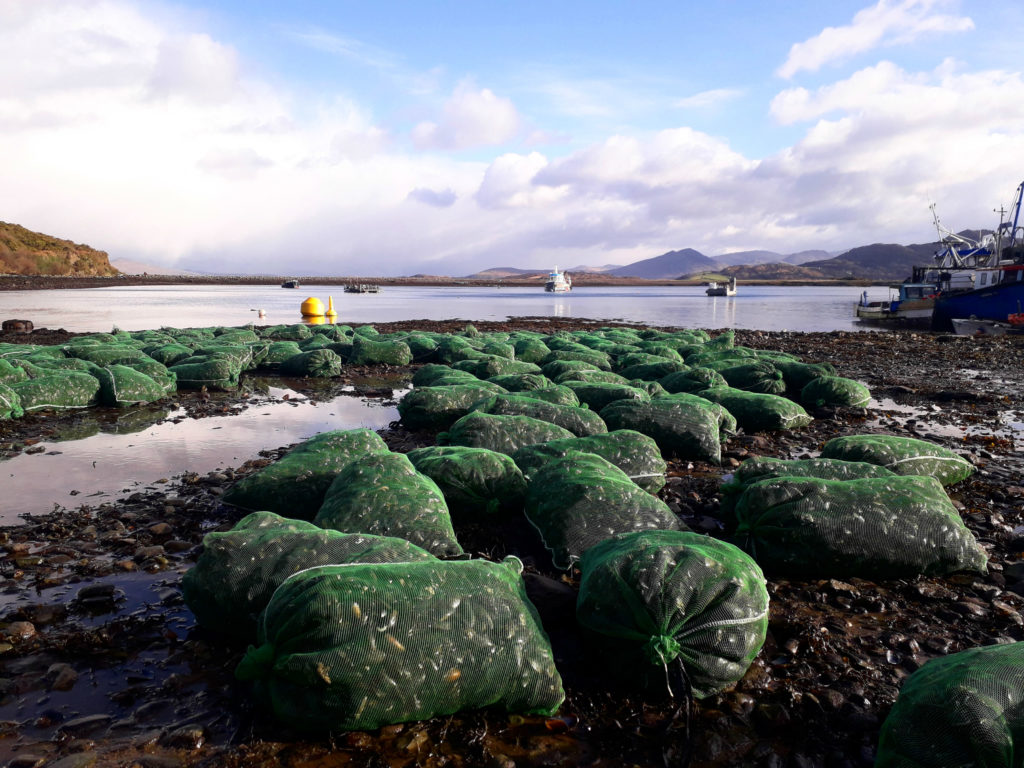 One historic feature that became synonymous with our research and the pilchard industry of west cork, was the fish palace. A fish palace was the name given to the building utilised in the pressing and salting of pilchards for export and preservation. A number of examples are still extant in west cork however, the full distribution of these sites is recorded in the written record largely, while other accounts survive in place name history. This is the case in Pallas Harbour in Beara. According to the OS a sizeable fish palace was present at the mouth of the harbour however there is no visible trace of it to date. What is visible however is an extensive aquaculture industry at the site which we had the pleasure of witnessing first hand upon arrival. 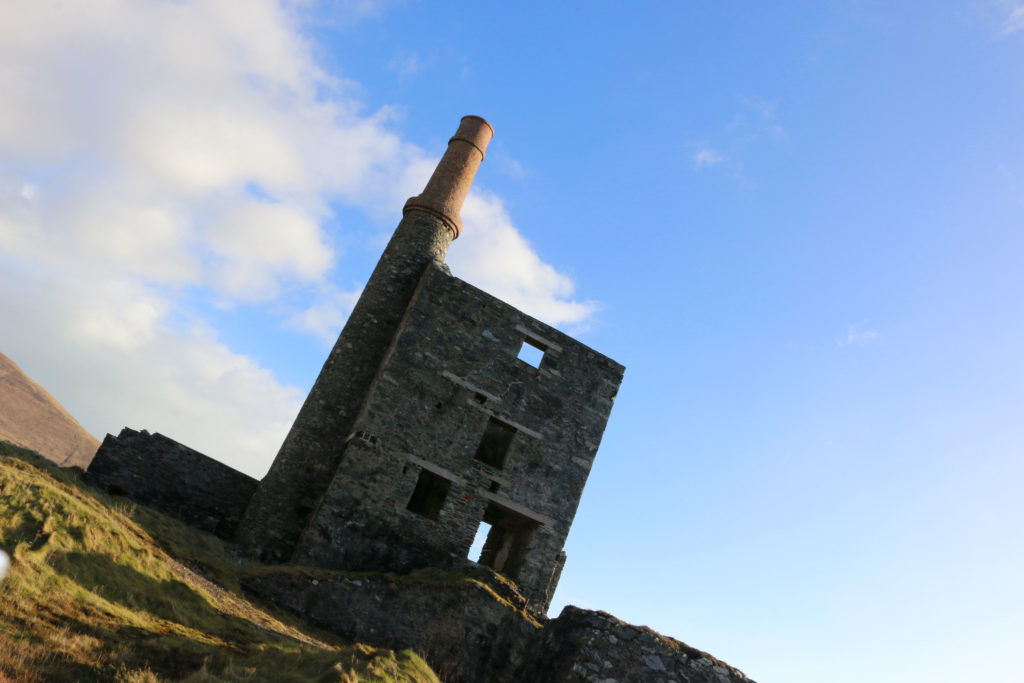 Another site that was of particular interest to the Project was Allihies Mining Complex. Whil our project focused largely on the fisheries as an industry in west cork, there were a number of other industries that defined corks coastal environment, not least among them were the mining industries of the 18th and 19th centuries. To the south west of the mining complex are the remains of a settlement, known locally as the ‘Cornish Colony’. Much of the mining complex is closed off due to health and safety however a number of smaller buildings and dwellings are accessible along the mining route. Pictured below is the remains of the man engine house, erected in 1862. This building was constructed to facilitate copper mining of the mountain mine copper vein, discovered in 1813. This mine closed in 1882 after reaching a depth of 421 metres.